Could an ancient practice return humanity to the workplace? 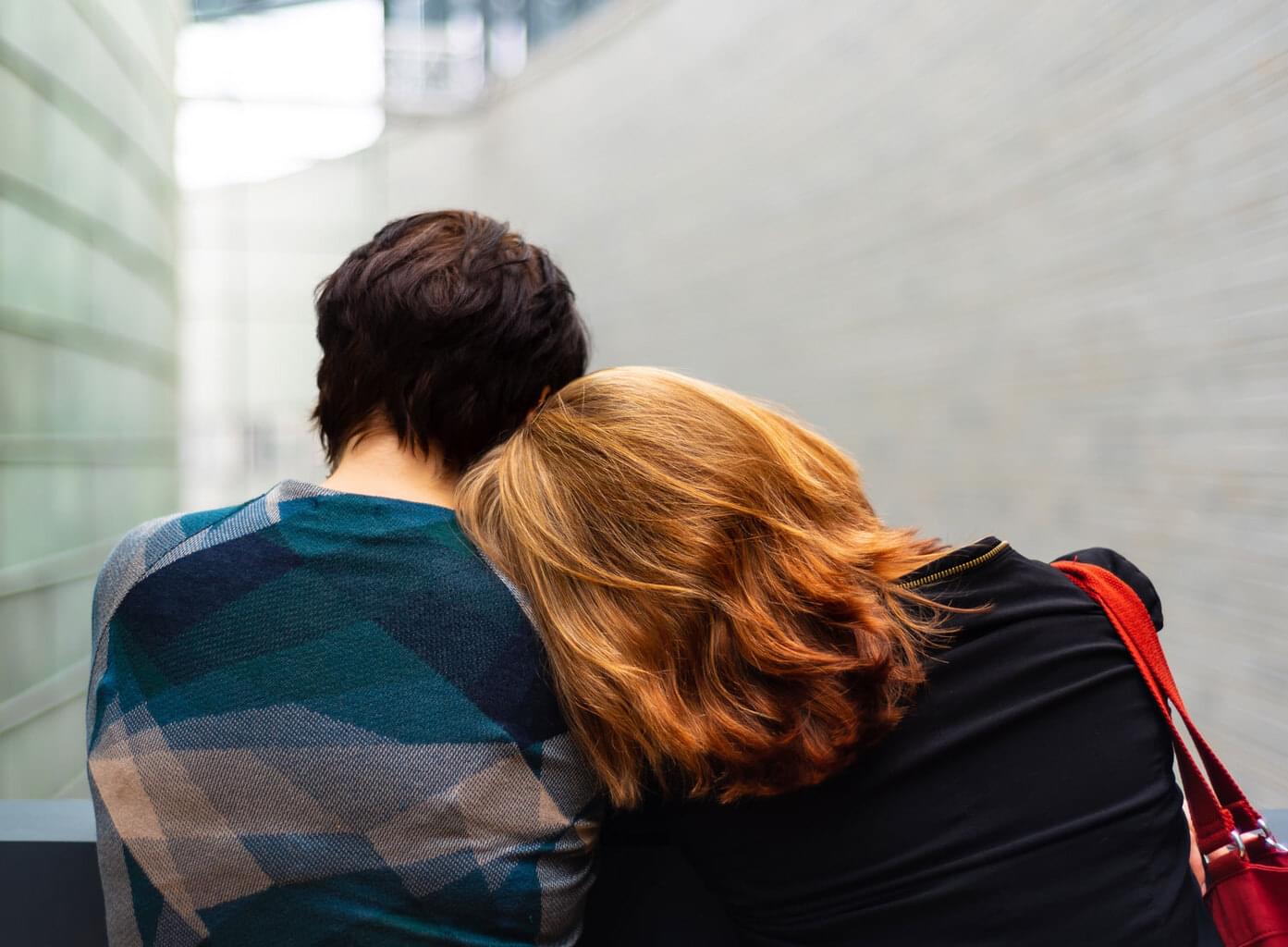 In times of social distancing, we’re reminded of the value of community that we may often take for granted. Birthday parties, weddings, funerals… moments when the community comes together to sing, toast or pray. When you join in, you’re part of a ritual.

Rituals root us—to family, religion, sports teams, clubs, and even government. Coming together to mark an occasion with the same activity daily, monthly or yearly instills meaning and cements community. Even given that our modern society relies less on rituals than past civilizations, moments of deliberate, synchronized action and expression still exist and become increasingly important when we’re sometimes connected only through the ether

There’s a reason rituals show up in so many aspects of life—they celebrate what is sacred, and remind us of what’s important. And when the goal is to unite hundreds, thousands or millions of people around a common purpose, rituals do it more successfully than other practices.

When the goal is to unite hundreds, thousands or millions of people around a common purpose, rituals do it more successfully than other practices.

Rituals have been around for 70,000 years—a powerful indicator that humanity is hardwired for this behavior. Sure, man’s earliest rituals looked a bit different, but not nearly as much as you might think. The American Thanksgiving looks an awful lot like an ancient “feasting” ritual. And anyone who thinks “fire” rituals are a thing of the past should think about the time you burned your ex’s belongings in a trash can or attended a “smudging” for a friend’s new apartment.

Rituals are the formalization of an activity or action that have an intended purpose, so that these expressions become second nature. Some rituals are about rebirth or cleansing (consider baptism or smudging, above), and others are about sacrifice and humility. Regardless of the intention, the byproduct of participating in rituals with a group is a deep sense of unity. Which is why rituals have a place in so many strong corporate cultures, too.

[Related read: Can burnout actually be good for you?]

In business, rituals are an effective way to telegraph and strengthen a culture. Take Starbucks, for example. The company wants its baristas to connect with customers by telling stories about the coffee they sell. Sound like a familiar customer experience tactic? Well, Starbucks uses an important ritual to do that. All new hires do a tasting with their manager, who walks them through his or her favorite coffee and the coffee’s origin story, from farm to barista. New hires see that ritual and adopt it themselves as part of the Starbucks culture. This can also be done through an online training course, but it’s the personal touch, made into a ritual that helps employees to absorb this thread of Starbucks’ culture.

A simpler example is Wal-Mart’s cheer, a somewhat silly chant leaders use to kick off all company meetings and most 9 a.m. store openings. Whether these gatherings happen in person or remotely, it’s the ritualization that has a powerful and lasting effect.

[Related read: 6 strategies for being happier at work]

The difference between a ritual and habit

A ritual is not the same as a habit. The difference? Mindfulness. A habit is something we do without thinking whereas a ritual requires a certain degree of premeditation to make sure it happens. Certainly, a well-worn ritual can become a habit, but it’s important that it begins as a conscious effort to mark the importance of something. For Starbucks, it’s that idea of customer connection. For Wal-Mart, it’s greeting colleagues and customers with a smile. Rituals signal to oneself, or to others, that something is being taken seriously. If a leader or manager takes the time to make something into a ritual, they are saying, in effect: This is important enough to warrant real attention.

Right around the time her team doubled in size, Lee Caraher, author of Millennials and Management and CEO of communications firm Double Forte, instituted a ritual to kick off weekly staff meetings. The goal? To acknowledge work and express appreciation.

A ritual is not the same as a habit. The difference? Mindfulness.

“Teams that express appreciation outperform teams that don’t by 30%—mainly in efficiency as those employees are not grinding away on feelings of not being appreciated,” says Caraher. So Caraher’s team spends the first 5-10 minutes of their weekly staff meeting walking around the room, finding three colleagues and thanking them—using specifics—for something they recently did that made a positive impact.

Notes Caraher, “People have to learn how to appreciate well. It’s not just ‘thank you for telling me where you bought those cute shoes’ but it’s really about what this person did to help with a project, a difficult client or something around the office that truly made a difference.”

Bottom line? “We all like being appreciated,” she said. “The energy coming out of our meetings since we started doing this is so high.”

Corporate rituals need to have meaning

Where to find inspiration for team or company rituals? There’s a strong case to be made making them authentic and personal. Think about how rituals could drive behavior or outcomes that speak to core company values. At Zendesk, for example, every new hire spends time on his or her first day of work volunteering for a nonprofit partner in the local community. This ritual around volunteering establishes up front Zendesk’s core company values of empathy and authentic community engagement.

While every company benefits from a strong culture, for a contact center, this can be critical. Contact centers are often the heart and soul of a company. This is where (ideally) the customer experiences the best of a company. But when the human element gets lost, which can happen as companies scale and implement more technology and more processes, leaders have to look for ways to bring humanity back.

Supporting rituals that emphasize your team’s culture makes your center a place where agents want to work.

Think about how rituals could drive behavior or outcomes that speak to core company values.

Today’s support agents are asked to perform at faster rates, solving more tickets in less time. Most agents are in the job because they’re helpers. Predisposed to serve, they can burn out from all the effort. Smart companies find ways to refuel agents and this often looks like establishing rituals that notice and celebate what makes agents unique—and human.

Design firm IDEO recently worked with Zendesk to learn how to mitigate the natural growing pains associated with contact centers that scale quickly, adopt new technology, or both. Looking for ways to bring agents’ humanity front and center, IDEO suggested… you guessed it. Rituals. The question they asked was: How might we use rituals to infuse a sense of humanity and community into the contact center?

Through interviews and observations, IDEO was able to glean some key truths: support agents have superpowers and too often these traits are overlooked. The solution? Look for ways as a community to notice these gifts and appreciate them.

The question they asked was: How might we use rituals to infuse a sense of humanity and community into the contact center?

The ritual that emerged involved 2-inch round stickers with captions that celebrate agents for their human contributions to the team, not how many tickets they solve in a day. IDEO’s stickers provide a pat on the back to agents by noticing the people skills that are so crucial to success. Such as a sticker for a “walk-up warrior” to honor someone who was always cheerful about being interrupted, for “the connector” to commend an agent’s capacity for forging connections, and for “the grower” to recognize an agent’s talent for developing others.

[Related: Make it a ritual to celebrate your support agents’ superpowers and share your appreciation with these downloadable stickers.]

Regardless of the organization or team you lead, or even whether you’re also a community leader or even a parent who wishes to inspire stronger sibling connections, you can put rituals to work for you. Gather your community or colleagues together regularly for a few moments of concerted expression of your values. It might be a poem, a cheer (even over video conferencing) or a weekly game or award that reminds them that they’re part of something larger. You don’t have to manage a business the size of Wal-Mart, or a global brigade of baristas like Starbucks, to put rituals to work for you. The thing itself matters less than the commitment you show simply by doing it.