Not feeling it? Learn how to navigate the roadblocks to empathy 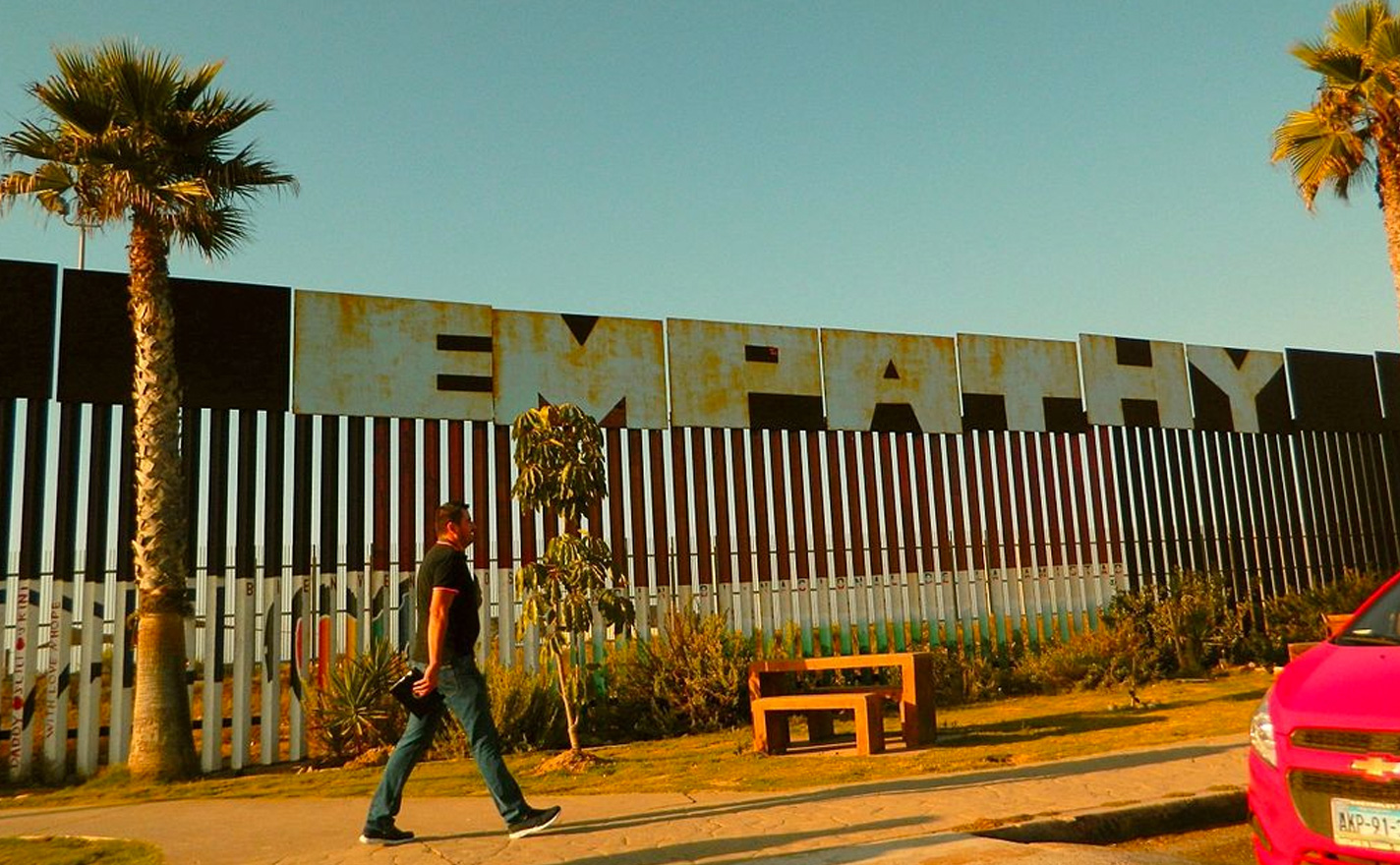 Chances are that we encounter acts of empathy more often than we realize. Empathy is what motivates us to let the car idle a little longer while a mother struggles across the street with her kids or to buy a homeless man a hot breakfast. Empathy is embodied by the advice nurse who stays on the line extra long to offer both medical and personal advice, or by the hotelier who gifts a bottle of champagne because he remembers what it was like to be a newlywed.

On a grander scale, empathy has a role in what motivates us to text money to disaster relief organizations or for Germany to accept tens of thousands of refugees. It is a driving force behind a lot of good in the world, even when it comes in response to things that aren’t so great.

But what is empathy exactly, and where does it come from? Is it inherent to all people or only to some? And is empathy something that can be encouraged and perpetuated? Can our capacity for it be enlarged?

By definition, empathy is the ability to sense or to understand and share the feelings of another person. Colloquially we might say we’re putting ourselves in someone else’s shoes. It’s less about feeling bad for someone (that’s sympathy) and more about understanding why that person might feel bad. Being empathetic, in fact, does not mean that we allow another person’s feelings to supersede our own—or even that we’ll take any helpful action. It just means that we can see where that person is coming from.

It might sound simple, but when we stop and consider the amount of input and the number of interactions we each encounter daily, practicing empathy is sometimes a big ask. In fact, science has shown that while empathy often occurs automatically, each person’s experience of empathy is varied and context-dependent. And according to a study of college students over a 30-year period, empathy is on the decline.

[Related read: 4 things you can do to practice empathy at work]

Empathy and the brain

We don’t need science to tell us that some people appear to be more empathic than others, but it’s true that where empathy is concerned we’re not all created equal. This is most apparent when you look at populations with neuropsychiatric illnesses, including autism and some forms of dementia. Empathy in the average healthy person, however, is a bit more nuanced.

Until recent years, empathy has been hard to put a finger on. We now know, however, that it leaves its footprint all over the brain, and that its point of origination and primary activity center is the anterior insular cortex. But perhaps more telling is the part of our brain that allows us to recognize when we feel a lack of empathy.

When the supramarginal gyrus is disrupted, your own feelings cloud your ability to accurately assess another person’s feelings.

According to the Max Planck Institute for Human Cognitive and Brain Sciences, a little something in the cerebral cortex called the right supramarginal gyrus gives us the ability to recognize when we don’t feel empathy and to autocorrect. Researchers determined that humans are by nature egocentric (no surprise there), but that this region of the brain allows empathy to be more of a choice. That is, if the supramarginal gyrus is functioning properly. When the supramarginal gyrus is disrupted, your own feelings cloud your ability to accurately assess another person’s feelings.

[Related read: Why customer courtesy matters (and 8 tips on how to nail it)]

In the study by the Max Planck Institute, participants were paired up, and each person was shown an image that was either pleasant or unpleasant. At the same time, they were each given something equally pleasant or unpleasant to touch, such as soft fur or slime. (The tactile stimuli ensured that participants’ thoughts wouldn’t trump their emotions in subsequent decision-making.) The outcome was striking: When experiencing different stimuli, the participants were more likely to project their feelings and circumstances onto the other person, rather than the other way around, confirming that empathy relies on being in a neutral or shared state.

“Up to now, the social neuroscience models have assumed that we mainly draw on our own emotions as a reference for empathy. This only works, however, if we are in a neutral state or the same state as our counterpart—otherwise, the brain must counteract and correct,” stated Tania Singer, who headed the research team.

Creating a neutral or shared state is easier said than done. As a human population we’re working all sorts of jobs, celebrating milestones or mourning losses, and are affected by all the minutiae of daily life: not enough sleep or caffeine, too much traffic or stress. It’s safe to say that our own emotions are almost always firing. Moreover, in addition to different stimuli, researchers found that making quick decisions is disruptive to empathy. Under the gun, the brain has a hard time distinguishing its own emotional state from that of others.

Under the gun, the brain has a hard time distinguishing its own emotional state from that of others.

Research shows that it’s particularly hard to relate to suffering, but differences in wealth and power also have an impact on empathy. People who were given a high-power role, even temporarily, had brain activity consistent with lower empathy. Biology factors in too—hormones secreted under stress are disruptive to empathy. Findings reveal that it’s harder to empathize with strangers because meeting someone new can elicit a stress response.

[Related read: Leading with empathy: What you don’t say is just as important as what you do]

The power of suggestion

So if empathy can break down when it’s hard to relate to people in need, in states of suffering, and whom we don’t know, what can we do? Karina Schumann, Jamil Zaki, and Carol S. Dweck, psychologists from Stanford University, may have the answer. They looked at predictors for whether a person might rise to the occasion and try to experience empathy in a challenging situation.

Results across seven studies showed that people who thought about empathy as a skill that can be improved—rather than as a fixed trait—made more effort to be empathetic. The seventh study, in particular, suggested that having an active interest in being empathic helps. In other words, if you want to feel more empathy, you can.

“We define empathic effort as a willingness to invest time or energy in feeling empathy, and we argue that people can modulate their empathy experience by amplifying the amount of effort they exert,” Schumann, Zaki, and Dweck stated. For example, if your goal is to feel more empathy towards someone, you might choose to spend more time with them, ask questions, or listen to them in order to increase your understanding of their emotions and perspective, or consciously try to share their physiological state.

“Empathic effort thus might be exactly what is needed in situations where empathy is difficult to experience yet important to positive social outcomes, such as in conflict, inter-group, or helping contexts,” they reported. By these findings, empathy is more like a muscle that, when flexed, grows stronger. Simply adopting a more malleable mindset might be the first place to start.

"Empathic effort thus might be exactly what is needed in situations where empathy is difficult to experience yet important to positive social outcomes." - Stanford University psychologists

On the other side of things—the dark side, as psychologist Paul Bloom referred to it—people who are naturally more empathic can also be more aggressive when exposed to suffering. In fact, he says that our reaction to something atrocious, like suffering caused by war, can actually bias us towards war itself, or toward more extreme punishments. This is right in line with the science behind empathy: Without being neutral or affected by the same stimuli, we are more likely to project our feelings onto others, and so it follows that if we get angry, we’ll project anger or make anger-based decisions.

[Related read: Why empathy has moved from buzzword to business necessity]

Lace up those trainers

Many studies have confirmed that you can learn to be more compassionate. “Because our brain’s neural circuitry is malleable and can be rewired through neuroplasticity, one’s tendency for empathy and compassion is never fixed,” wrote Christopher Bergland, author of The Athlete’s Way.

This was echoed by Magali Charmot, an accounts director at Seek Company, a global research and innovation consultancy devoted to empathy research and training. “Empathy starts with self-awareness,” said Charmot. “Training empathy helps people understand the two types of empathy (i.e., cognitive vs. contagious) and helps bring empathy at a conscious level. We have the ability to choose to be empathic.”

Whether you undergo more formal empathy training, or, as Bergland recommends, try volunteerism, performing challenging physical activities, or practicing loving-kindness meditation, you stand to expand your horizons and broaden your perspective. Even making time to read for pleasure might help build empathy.

This is great news for humanity at large, but also for those whose jobs and lives require empathy as much as they might require another skill, like being a team player or writing well. At the bottom of it, humans are a complicated species with complicated brains. We’re locked in a complex web of interpersonal relationships, fraught with feelings. Science, as well as common sense, tells us that we won’t be able to be empathic all or even most of the time, but we can harness what we know about empathy to be more empathic when we really need to be.

Source: Photo by Marcela Barroso is licensed under CC SHARE-ALIKE 4.0

Sharing our commitment to building a diverse and creative company that stands for empathy, equity, and being a good neighbor to the communities we serve.