The weight of emotional labor in the workplace 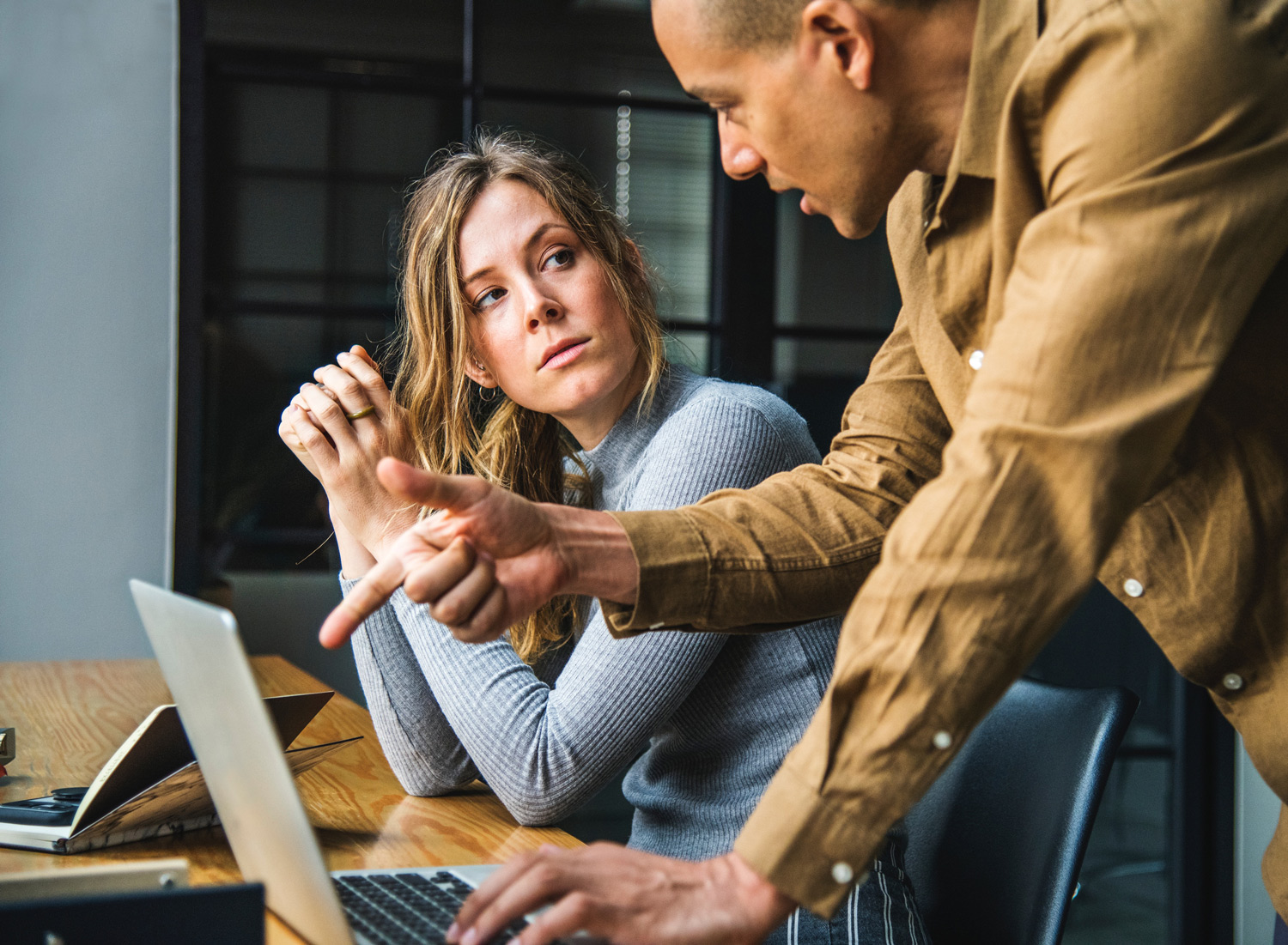 Nearly a year ago, Gemma Hartley shook the Internet with her article, “Women aren’t nags—We’re just fed up.” Hartley brought to light the unpaid, emotional labor of women—or, according to Tracy Moore of MEL Magazine, the overlooked “emotional attention, advice, listening and caring women do for male partners, friends, co-workers and bosses for free.” For example, reminding a boyfriend, husband, or colleague about a dentist appointment or their mother’s birthday.

Moore’s guide on emotional labor expertly explains what emotional labor is, why it matters, and reasons why “women are better at that stuff” is not an excuse to let them pick up the slack. She also explains why women shouldn’t just tell men what to do (delegating work is still work), and why women shouldn’t go on strike (do you want the world to devolve completely?).

The term “emotional labor” hopefully emphasizes the value of the work that goes into being a thoughtful and caring human, because this type of emotional labor doesn’t just affect the home. It also plays a big role in how women are seen at work—to detrimental outcomes.

According to an article in The New York Times by Adam Grant and Sheryl Sandberg: “Women do the lion’s share of “office housework”—administrative tasks that help but don’t pay off.”

The heavy lift of invisible work

In a study conducted by Madeline Heilman, a New York University psychologist, it was found that when it came to staying late and helping a coworker, men were rated 14 percent more favorably than women, and when both parties declined to help, women were rated 12 percent lower than men. Heilman’s study shows that women are expected to help with less visible, yet still time-consuming, work. The truly scary part? All that invisible work reduces the time that can be spent on more socially recognized and valued work.

Joan C. Williams, a professor at the University of California Hastings College of the Law, points out that “Women in business, law, and science are still expected to bring cupcakes, answer phones and take notes. These activities don’t just use valuable time; they also cause women to miss opportunities. The person taking diligent notes in the meeting almost never makes the killer point.”

Another stellar research point from Adam Grant and Sheryl Sandberg: “In an analysis of 183 different studies spanning 15 countries and dozens of occupations, women were significantly more likely to feel emotionally exhausted. In their quest to care for others, women often sacrifice themselves. For every 1,000 people at work, 80 more women than men burn out — in large part because they fail to secure their own oxygen masks before assisting others.”

The different expectations and standards men are held to, and the proclivity for women to take on this invisible and often emotional office work, create a domino effect that has deep consequences for women in the workplace.

For every 1,000 people at work, 80 more women than men burn out — in large part because they fail to secure their own oxygen masks before assisting others.
Adam Grant and Sheryl Sandberg

According to Quartz’ men’s guide to understanding emotional labor, “Professors Mary Ellen Guy and Meredith Newman argued that emotional labor contributes to exacerbating the wage gap between genders. Emotive tasks in the form of “caring, negotiating, empathizing, smoothing troubled relationships, and working behind the scenes to enable cooperation, are required components of many women’s jobs,” they noted, yet because these tasks are “excluded from job descriptions and performance evaluations, the work is invisible and uncompensated.”

Perhaps this is why, according to research by the Institute for Women’s Policy Research, “Women are more likely than men to work in service occupations [such as] personal care aides, home health aides, nursing assistants, cooks, and food service staff—occupations that are projected to see high growth in the coming years, but which have median annual earnings for women of less than $25,000 per year.”

In fact, in call centers around the world, women are over-represented because women have proved to be better at adhering to empathetic scripts and incorporating personal touches such as "have a good weekend" when speaking to customers. According to researcher Kristina Hultgren, “Call centre jobs are notorious worldwide for their high levels of turnover, absenteeism, employee burnout and emotional exhaustion. Agents are at constant risk of angry outbursts from customers, sexual harassment and outright abuse. If women are driven into these low-paid and stressful jobs, where they have little influence and low status, talent will be lost. It also potentially discriminates against men who could and would want to do the job.”

How to even the load

While it feels like emotional labor to explain emotional labor, it’s an important conversation to have. The battle for gender equity and equality is still raging, and the women who fought it before us know all too well that we can’t let a difficult conversation stand in our way. The imbalance of emotional labor has a deep and ugly effect in the workplace, but the good news is that there are specific actions we all can take to help solve the problem.

Many women are expected to be giving and caring, to be the one to dry the tears of an overwhelmed intern. This is an important responsibility, but it should be shared—not sloughed off to women simply because we’re “better at it.” Women can create better boundaries between coworkers by tactfully prioritizing their own work.

In a way, this still requires women to manage expectations strategically, but women have to work around the way we’re viewed in the workplace until biases like the one found in Heilman’s study begin to shift and the boundaries aren’t so necessary.

Women, stand up and promote yourself, and other women, by giving credit where credit is due. Try to give one another opportunities in meetings to talk about your accomplishments and all the extra work you take on. Or if that feels like a struggle, there are ways to humblebrag at work without being a jerk, such as voicing your contributions in everyday conversation instead.

For example, when someone asks how your day is going, don’t just say, “Fine.” Instead, talk about how it was tricky and time-consuming to manage a work relationship and a coworker’s emotions, but how you found success at it. Doing so can spark conversations about varying types of workloads and in turn makes the other person think about their responsibilities. Also: men, take extra care to give credit to women where it is due.

Helen Porter, an office manager in the California Bay Area, encourages others to take on their fair share of office housework. “A coworker came to me with an issue he needed help resolving and asked if we could put time on the calendar to discuss. I told him I was happy to help him, but I stopped my sentence there. He hovered by my desk uncertainly until I told him he could go ahead and put some time on my calendar. I could tell he was shocked I didn’t offer to scout his calendar for him and find a time to help like I normally might have during an uncomfortable lull. He paused and said, ‘Oh, right, I can do that. Definitely.’”

These seemingly small office housework tasks add up and take away from work that is valued socially and more in line with getting that promotion. Distributing office housework tasks like creating calendar events for an issue someone is asking you to help them with is one step you can take to equalize emotional labor at work.

Men can help by taking on additional mentoring responsibilities and being proactive when there’s a small task like setting up a meeting. Don’t wait for a woman to do it first. In team dynamics, it might be helpful to create a shared rotation of say, scheduling group lunches, an important element in building team culture.

It’s important not to coddle or over congratulate men when they do something you do all the time. In Hartley’s article, she mentions how her husband expected praise for brushing their daughter’s hair at night—something Hartley does almost every night. In order to change expectations and equalize emotional labor in the workplace, a simple “thank you for taking ownership of that responsibility this time around” will suffice. This still acknowledges the other’s actions, but it also implies it is work you have done and do regularly.

Put a number on it

Talk to HR about incorporating metrics related to invisible work into job reviews. Office housework is more likely to be shared when everyone is held accountable.

Having the conversation around emotional labor is the starting point, which will hopefully lead to other important conversations about gender inequality. Using the language “emotional labor” is also key, to underscore that invisible or emotional work is hard work and should be valued. One happy day we can call it something else—maybe just, work.