The case for a fragrance-free workplace 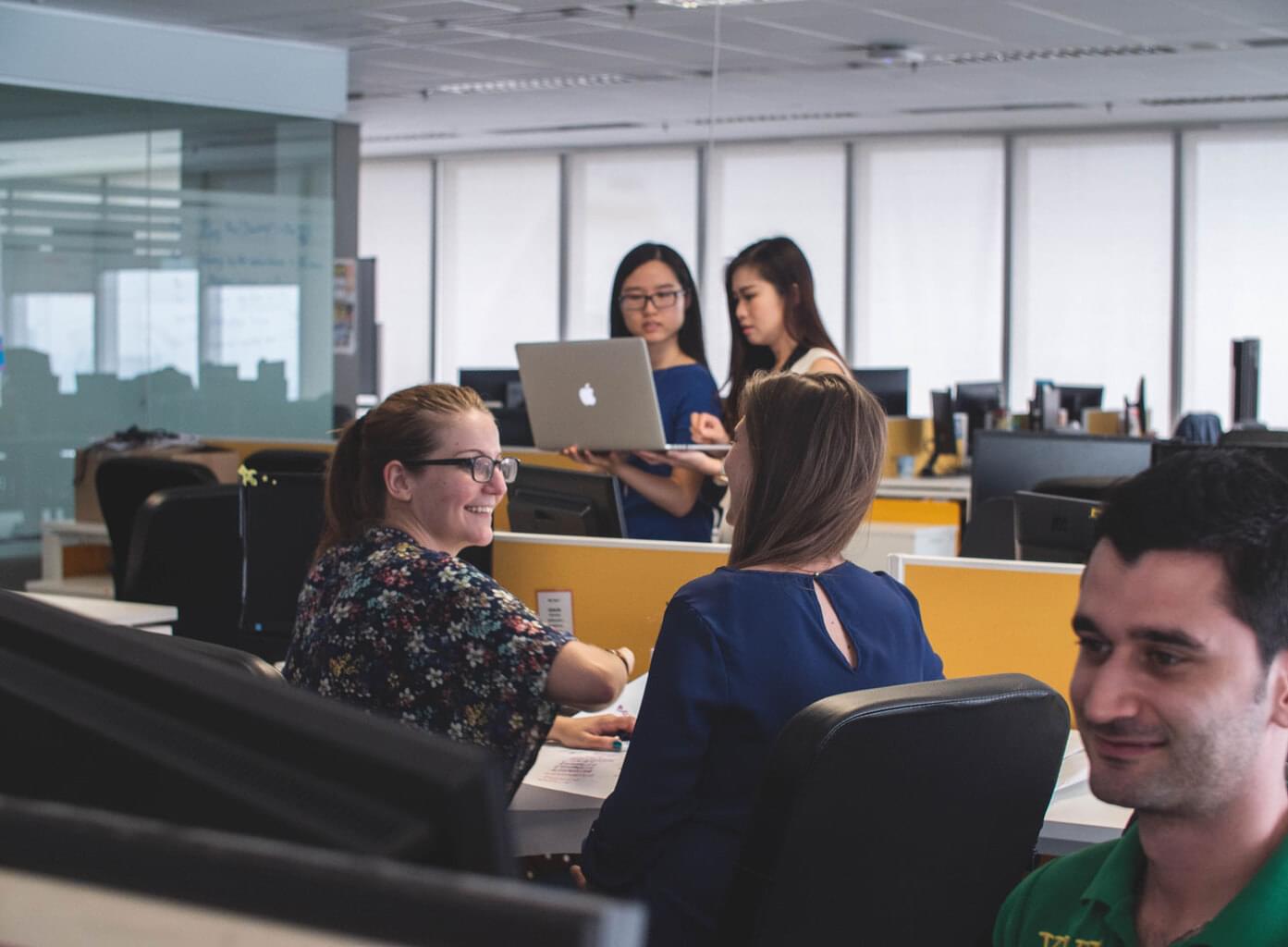 It’s Monday morning, and you step into the elevator, feeling good as hell, looking your best. You’re wearing your favorite perfume or cologne, and your favorite jeans—they just came out of the dryer, in fact, still fragrant from the dryer sheets.

You’ve joined a guy in the elevator and after that first “hello” you notice him edging away, toward the far side, looking a little panicked. He clearly cannot wait to get away from you—the second the doors open, he mutters a frantic “excuse me” and muscles right past. Huh?

Self-defense for the sensitive

Sure, maybe he just didn’t like the look of you. But that also might have been Brian, a software engineer in San Francisco: “I have left elevators abruptly in self-defense,” he admits. He’s not talking about dodging a physical assault or even the onset of claustrophobia. Rather, he means avoiding something less visible but arguably just as dangerous for many: chemicals.

Sensitivities to fragrances and chemicals are quite common, and they are also on the rise in a big way. In a June 2019 study on the international prevalence of fragrance sensitivity, Anne Steinemann, an expert on pollutant exposures and associated health effects, and Professor of Civil Engineering at the University of Melbourne and at James Cook University, calls it an epidemic. Looking at more than 4,000 people in the U.S., the U.K., Australia, and Sweden, the study found that on average, 32.2 percent of the population report adverse health effects when exposed to fragranced products. The numbers skyrocket among people with asthma and similar conditions (57.8%) and those with autism/autism spectrum disorders (75.8%). In another study, Steinemann found that diagnosed multiple chemical sensitivity has increased over 300%, and self-reported chemical sensitivity over 200%, in the past decade.

Sounds awfully apocalyptic… But the fragrances and chemicals that can sicken sensitive people are near and dear to many: They can include things like air fresheners, common cleaning supplies, laundry detergents, fabric softeners, essential oils, candles, personal care products, and colognes. In other words, everyday stuff that is commonly used, just about everywhere.

The fragrances and chemicals that can sicken sensitive people are near and dear to many: They can include things like air fresheners, common cleaning supplies, laundry detergents, fabric softeners, essential oils, candles, personal care products, and colognes.

For sensitive people, this can be a mild issue, moderate, or cripplingly severe. Multiple chemical sensitivities (MCS) can cause a range of health effects, both acute and chronic, and sometimes disabling. Think headaches, dizziness, brain fog, trouble breathing, heart palpitations, and also nausea, irritation of mucous membranes, and even asthma attacks. Among those I spoke with, symptoms run the gamut of brain fog to full-blown incapacitation. Danielle, a program manager at a Bay Area tech company, characterizes her issues as mild to moderate, adding that it “generally shows up while in close quarters and when otherwise ‘stressed’ (i.e., little sleep, a little hung over, not feeling well otherwise).” She defines close quarters as something like an over-fragranced car, “though rarely this can take place when sitting in a conference room next to someone who is extra-perfumed.”

Encountering a blast of cologne or other fragrance “can trigger migraines and thus the end of my useful work day,” says Brian.

[Related read: Why being an accomplice is better than being an ally]

Chemical sensitivities can have major ramifications for work and career. Samantha, an educator in the Bay Area, established a fragrance-free policy at her office, and when she travels, she takes her air filter with her, an Airocide that will set you back a thousand bucks. For her, it’s the only thing that has allowed her to travel — she sets it up in a hotel room when she checks in and comes back five hours later. At work, she doesn’t tell clients that the fragrance-free policy is about her to protect her own privacy, a theme among those I spoke with. “People are weird about people with sensitivities,” says Samantha. “They really do think it’s in your head. I conceal a lot and that’s my strategy.” But when someone forgets or ignores it, she is out of commission.

Chemical sensitivities can have major ramifications for work and career. Samantha, an educator in the Bay Area, established a fragrance-free policy at her office, and when she travels, she takes her air filter with her.

Lynne, a hair stylist in San Francisco with a mile-long list of corporate and celebrity clients (who asked us to change her name), was forced to make drastic changes to her work life after three decades of close contact with styling chemicals. After moving away completely from chemical hair-coloring products in favor of effective but lesser-known nontoxic ones, she ultimately left the studio where she’d worked for 18 years, now juggling three different salons as she seeks a long-term space for her and her clients. For one, Lynne couldn’t get away from the chemicals that her colleagues still used, and neither could her increasingly large base of equally sensitive clients. But she also had to protect herself and her clients from another danger: hostility. “The other stylists acted like I was so weird,” she recalls, saying they ostracized her. The final straw: They were disrespectful to her clients. “It’s almost like being sober at a party,” Lynne says. “People think you’re judging them.”

[Related read: Be an #A11Y—why inclusive design is good design]

Could your office ever be fragrance-free?

The barriers to a fragrance-free office are clear. Some might argue that telling people they can’t use their favorite shampoo or wear cologne or that they have to switch laundry detergents is an infringement on personal freedom, if not bordering on fascism, then at the very least akin to a strict dress code or unreasonable policy on tattoos and hairstyle. “I would like a no-perfume policy but accept that it’s a hard sell,” says Brian. But it might not have to be all or nothing.

Danielle has a vision: She advocates a straightforward awareness campaign that could be introduced during new hire orientation, and reinforced once or twice a year, ideally baked into standing accessibility initiatives. “I think the big thing is that folks just go about their habits and don’t realize that others can be impacted by the copious layers of perfume spray,” she says. “Use 1 squirt instead of 4!”

Danielle and many others would also support designated fragrance free zones where there is a sign posted, and detailed information regarding what that means. In a July 2019 Building and Environment paper, Steinemann explored fragrance-free policies and indoor environments, analyzing 60 such policies to see how they were implemented, who they affected, and their benefits and challenges. Fragrance-free environments receive a majority of support. Among the general population, 47.8% would support a fragrance-free policy in the workplace (compared to 20.4% that would not).

“It should be like cigarette smoke,” says Samantha. “Workplaces should make the effort to have no chemical policies or at the very least, chemical-free areas.” Barring that, she advocates for education and raising awareness, saying that even just signs “to explain how chemicals can be harmful” could be beneficial.