The shameful trend of public shaming: a Q&A with author Jon Ronson 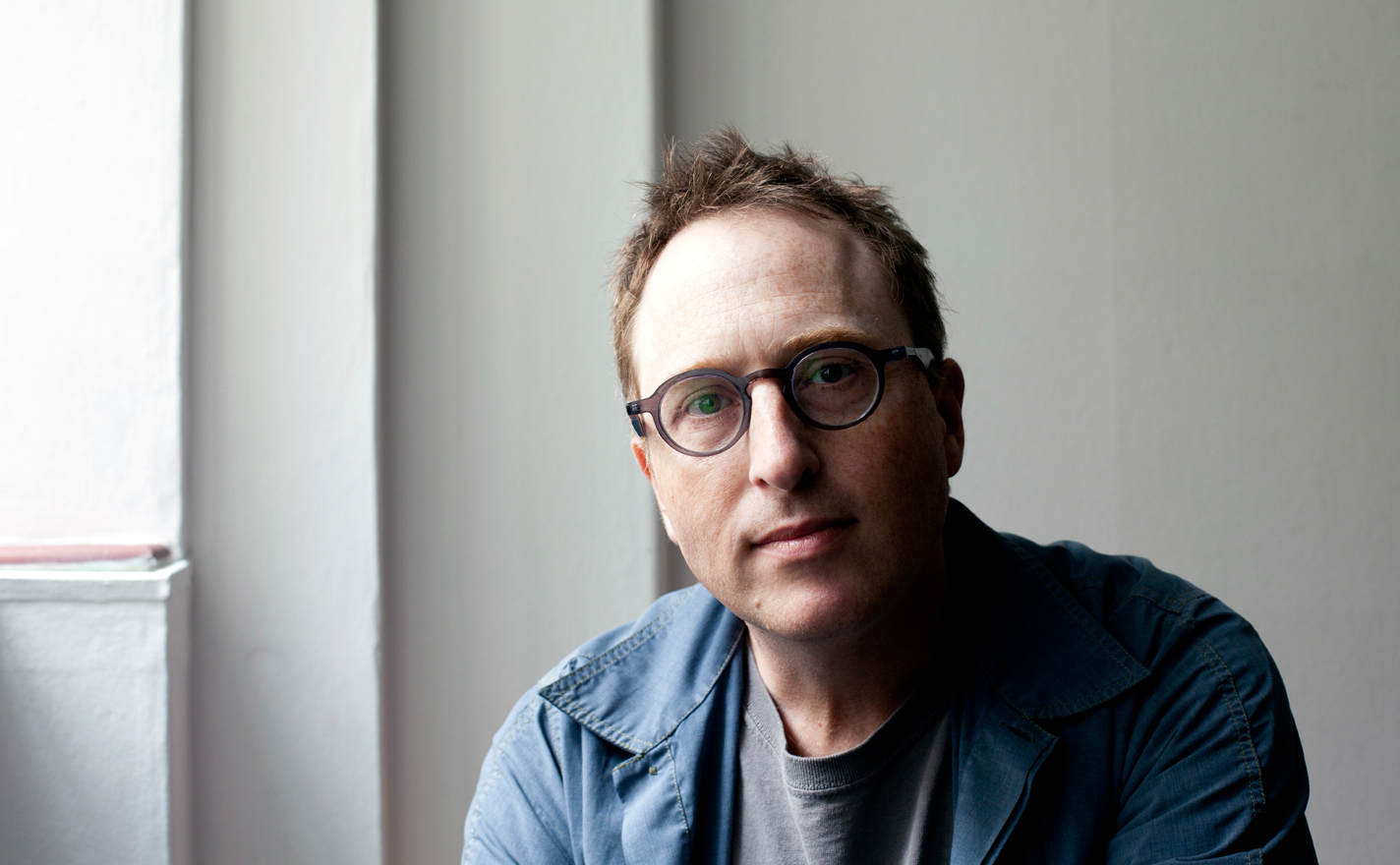 Is it okay to humiliate another human being—someone you only know from a single tweet? Would you be comfortable being judged solely on an off-the-cuff comment or photo posted on social media? This isn’t a theoretical exercise: Most of us have either participated in or witnessed (with some amount of glee) a social media shaming. In advance of his Oct. 8 keynote address at Relate Live in New York, So You’ve Been Publicly Shamed author Jon Ronson explores how judgment works in today’s fast-paced social media world.

What will you talk about in your keynote at Relate Live ? (see the video)

The talk I'm going to be doing at the conference is about my new book (So You’ve Been Publicly Shamed) but also about what I've learned from the writing the other books. In a nutshell, I guess what I've learned is that when you're curious and open and empathetic and compassionate, great things happen. It's like opening doors into amazing new worlds.

When you're instantly condemning and judgmental, nothing happens because it just slams doors closed. All you do is make somebody's life a misery and sometimes they deserve it and sometimes they don't. It feels to me that we're losing our capacity for curiosity and pity and compassion, and those are terrible things to lose.

Why are we so comfortable shaming people via social media?

I think the other factor is just that when you reduce all human behavior to the information that can be contained within one tweet, everything becomes very black and white, which is why on social media, everybody's like a magnificent hero or a sickening villain, and there's no room for people in between.

When you look at who's trending on a given day, you can pretty much rest assured that somebody's trending either because they're the most awesome hero ever or they're the worst monster ever. In a weird way, I think these are two sides of the same coin. Because actual human beings are somewhere in the boring gray area between awesome and terrible. That gray area is where all the most interesting stuff happens, the most interesting nuances and so on, and nobody seems to be occupying that gray area anymore.

It’s really hard to live in the gray area of a hundred and forty characters.

Exactly. My work from the last 20 years really is all about the gray area. In fact, in both TED talks I gave, I end with a plea to remember that human beings are both clever and stupid, and that it’s in the gray areas that you find the humanity.

Sometimes, organizations rather than people become the targets of public shaming, like in the recent Volkswagen emissions scandal. Is it different to shame a company rather than a person?

Now I'm almost as radical as she is on this, but I'm not quite as radical. There's the VW scandal and there's also that pharmaceutical company guy who increased the price of the toxoplasmosis drug from $13 to $750. The New York Times wrote about him and then social media went crazy. My guess is that if the New York Times had written about him and nothing else happened, he probably would have just carried on doing what he did. In that instance, the ferocity of the social media campaign against him actually forced him to lower the price of the drugs.

I can't see how that's not a good thing. So is Black Lives Matter and the VW story. That's good investigative journalism. Those are actual social justice campaigns, whereas the destruction of Justine Sacco for telling a joke that comes out badly—and there's a million examples like that—that doesn't do any good for anybody. That's just bullying in the name of righteousness.

What we have to work out is: What is the difference between actual social justice and some kind of cathartic alternative to social justice.

Given that we're the people who have the power, it's up to us to work out when it's deserved and when it's not deserved. If a company has just done something stupid and everybody piles in on that company, that's not a victimless assault. If your company has done something that actually matters, then fine. You'd have to be a sap to not want that wrong to be righted.

Is the need to be morally right what fuels shamers and the whole process of shaming?

Yes, I think a lot of these shamings are moral shamings, and that's really ironic because quite often the shamings spiral completely out of control and innocent people get harmed. You only have to look at the Ashley Madison hack. That was a moral hack, and now there's allegedly been four suicides. Basically this “moral” hack has led to death. If it's not death, then it's people’s mental health getting mangled; people losing their jobs. Very often disproportionate to their crimes.

It's so interesting that it's our morality and our righteousness and our desire to do good, to level the playing field, to give a voice to voiceless people. So often it's these really honorable endeavors that lead to these horrendous outcomes. It's really important to point this out, and pointing that out doesn't mean you're against the moral endeavor, but it does mean that you have to look at it in reality and not fantastical terms, as in: we are fighting the good fight.

Do you think we've reached a point where people care more about being right than they do about other people? Are we losing our ability to be empathetic?

I think social media is robbing us of our empathy, and it's also robbing us of our ability to distinguish between serious and non-serious transgressions. I think we're forgetting that there are human beings on the other end. That's one of the reasons why I wanted to write this book [So You’ve Been Publicly Shamed]—I wanted to re-humanize the people that we destroyed. I think that's probably why I do most of the stories that I do: It's like de-demonizing the demons. This one felt especially important to me I think because the people being destroyed were being destroyed by nice people like us. Which makes it a more difficult story to tell, and because it's more difficult, it's more rewarding.

I'm very proud of my psychopath book, but it's quite easy to say, "Look at that psychopathic CEO doing that terrible thing to those people over there." That's an easy, comfortable thing to be upset about, whereas when you say, "Look at that innocent woman asleep on an airplane who we just destroyed," that's a way more complicated story, and as a result it's a more rewarding story I think.

In So You’ve Been Publicly Shamed, you talk about social media creating a stage for artificial high drama. Have traditional media contributed to this problem?

Yeah, absolutely. It's one of the things that actually makes me feel quite sad. Social media had the opportunity to do everything better, but in fact we're just repeating all the same mistakes that the mainstream media do.

When social media first started I think the mainstream media were thinking, "If we ignore it, it will go away." Now the mainstream media is just massively pathetically grateful and reliant on them. It's really shocking. It's utterly shocking. I felt this really keenly with Justine Sacco: Even though I think loads of people knew that Justine wasn't intending to be racist with that joke and that she was being wronged, nobody supported her. Because everyone was afraid. Everybody was afraid of social media.

If the media—or anyone—try to come to someone’s defense, they end up getting attacked themselves.

“Why are we too afraid to speak up when social media screws up?”

In your book, you include an example of social media shaming an inappropriate shamer. Why do we lack so much creativity when it comes to calling out shamers? Why do we just sink to their level?

I think it's just that the easiest thing to do is to shame somebody. It's unfashionable to be patient and thoughtful and empathetic. Those things have become unfashionable and also they're a little bit more difficult. They're not as instant. Twitter makes judgments and condemnation easy. Compassion and curiosity takes more time, so I think that's got something to do with it.

This all happened recently with Peeple. [The “Yelp for people” app that was in the news.] I've been really careful to not attack the two women behind Peeple but just criticize the app. I think it's fine to hate the sin, love the sinner. I think the only way out of this spiral is to think of different ways of treating people other than just shaming them.

“I think it's fine to hate the sin, love the sinner.”

If somebody's being shamed and then a bunch of other people are saying, "Hang on a minute, look at it from this perspective," and everybody starts talking, that's fine. What's not fine is when every single person just destroys somebody, which is what happened with Justine Sacco.

As a journalist, I have the luxury of going out and meeting people and telling stories and spending time with people and getting to see the world through other people’s eyes. Being compassionate and curious and empathetic. That's my endeavor in the midst of all of this—to make the effort to go out and spend time with people and write about them in this more rounded way.

Is that what you think people should do? More of us should raise our hands and say, "Hey, let's talk about this before we rip someone apart"?

Jon Ronson is a journalist and best-selling author whose books include So You’ve Been Publicly Shamed, The Psychopath Test, and The Men Who Stare at Goats. According to Jon, he writes “funny stories about unfunny things.”